Your guide to this review is Pierce Lane

The Top Ten Weirdest Sports in the World: An International Sporting Assortment

If you thought curling and cricket were sports out of the spotlight, wait until you see our list of the world’s top ten weirdest sports. From 500-year-old hands-free volleyball to Harry Potter-inspired Quidditch, there is more out there than you can think of!

We’re kicking off in style with the national sport of Afghanistan, in which two teams mounted on horseback attempt to wrestle a dead goat from each other’s clutches. This is done with the aim of throwing it over a goal line.

Did we mention that the goat is headless? It’s headless. At the start of the game the goat (which in other sports would be something like a ball) is placed at the center of the field. Teams then rush in to try and take possession and score points by dumping it in the scoring area.

It is said that only the most skilled Buzkashi players ever even get close to scoring. Yet when they do, it makes their sponsors very happy. Did we mention that this sport has sponsors?

Boxing has a reputation among many by not being the most intelligent sport on a surface level. Somebody decided to fix that by combining it with the exact opposite of boxing. Chess Boxing (with a very simple naming consideration) involves two opponents alternating between beating the crap out of each other physically and trying to outmaneuver each other mentally.

To succeed at Chess Boxing, you must have both the ability to box and a strong understanding of the game of chess. Needless to say, you also need to be able to take a hit and keep on thinking. One punch to the head and you might forget where your knight is supposed to go.

Apart from being one of the most insane sports we’ve ever seen, Japan’s Bo-taoshi is the only one we know of in which ‘Ninja’ is an official position.

In Bo-taoshi, which means ‘pole bring-down’, a gigantic team of 75 ‘attackers’ attempts to pull down a large pole surrounded by 75 ‘defenders.’ On top of the pole, sits the Ninja, whose job is to lean in the opposite direction that the pole is being pulled. The pole itself can be up to five meters high.

Imagine 75 screaming attackers clawing their way up an equally-screaming pile of 75 defenders while one lone soul in the air tries to salvage the entire mess. You just imagined Bo-taoshi.

Long before Ellen Page brought Roller Derby to the big screen in “Whip It”, people (mostly women) were bombing it around in circles on roller skates, intentionally smashing into each other.

In Roller Derby, two teams race around the track (either an official track or a sports hall) in the same direction. Points are scored when your designated ‘Jammer’ laps as many opposing players as possible. Your goal is to assist the Jammer in doing this; the opposing team’s job is to prevent them. Both tasks involve lots of ramming and barging. To call Roller Derby a contact sport doesn’t really do it justice. 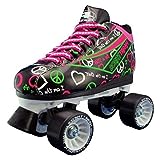 In the Quidditch mentioned in the Harry Potter books, players actually fly around on broomsticks. In real-life Quidditch players run around a field with a broom between their legs. According to the US Quidditch League (yes, it does exist), Quidditch is “a mixture of rugby, dodgeball and tag.” If you’re looking for something new, Quidditch could be for you.

It gets pretty cold in Finland and presumably, due to the existence of Wife Carrying, pretty conducive to creative ideas as well. Wife Carrying entails participants racing through a course, often strewn with hilarious and dangerous obstacles, while carrying a woman (it doesn’t have to be your wife) in some manner. The most popular position is over the shoulders in a sort of backpack style.

Some say that Wife Carrying may have started as a joke, but that it became so popular that the Finns decided to just keep up the tradition.

1) Take two wildly different existing sports that would be awful and dangerous if you put them together.

Not only is Cycleball essentially football played on bicycles, but the bicycles are fixed-gear with no freewheel. Goodbye, shins!

Sepak Takraw wins the award for the coolest name on our list. Once you get over the potential neck injuries, it actually sounds like a lot of fun.

Sepak Takraw was invented in Malaysia around 500 years ago. It is basically volleyball, except for the fact that you can’t use your hands. This means that players spend most of the game upside-down in terrifying overhead spin kick positions.

If you’re looking for a fun day out, you could do much worse than a good old-fashioned Louisiana prison rodeo. Not only will you see the drama of inmates in danger, you’ll also be able to sample exquisite family recipes, cooked on-site by convicted felons or browse some of the many arts and crafts stalls selling delightful gifts (made by convicted criminals).

We’re not sure whether anyone has ever died during Extreme Ironing, but the lengths some participants will go to in order to be crowned most extreme ironer are pretty wild.

Some take their steam irons, ironing boards and laundry to the bottom of the ocean while others prefer to scale horrendous cliffs in search of the perfect perch. It might not be for everyone, but if you’re in need of a release from the daily grind of a boring city job, this could be the ideal way to let off some steam. As a side note, the guy who invented Extreme Ironing has the nickname of “Steam”. 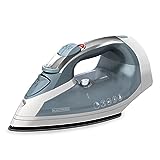 There you have it, our list of the top ten weirdest sports. We recommend sticking to the less deadly or hard-to-find sports for the time being. It might just be easier to put up a hoop in the backyard. Maybe you’ll make up something on your own! Regardless of what you do, stay safe and enjoy yourself.

Scroll back to top
0shares
wpDiscuz